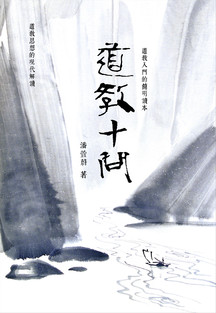 My book, Ten Questions on Taoism (道教十問), attempts to provide a simple guide to Taoism, which many regard as too complex and difficult for the general public to understand.

Each of the ten chapters focuses on one aspect of Taoism. Every aspect is presented in the form of a question and an answer. The answers are brief, usually less than 250 words, so readers may gain a quick understanding of Taoism by glancing over the book for a few hours. To facilitate this, the text is illustrated with photos and drawings. Altogether, the book has just 71 pages and is written in plain Chinese.

The book has briefly covered all the essential features of Taoism:

(1) Why Taoism is named after Tao

(3) How should we regard the worship of the Taoist Gods?

(4) Do you know the Taoist ways in questing for longevity?

(5) Do you know what are Chai and Chiao?

(6) Do you know the basic features of the canon of the Taoist scriptures?

(7) What do you know about the Taoist sects in Hong Kong and their relationship with those in China?

(8) Do you know why Taoist monasteries are called Gong and Guan?

(9) Do you think Taoist beliefs are of close relevance to our present-day world?

(10) Do you think Taoism permeates the Chinese culture?

For beginners seeking an understanding of Taoism, the book tries to keep things simple. For example, the first chapter is about Tao. Tao is simply stated as a primodal natural force that brings all things (including human beings) into being. It explains why human beings should follow Tao to guide their way of life. 'Revere Tao and Respect Tao' is the basis of Taoism.

Another example is about reverence for the Most High Lord Lao (Tai-Sheung Lao-Chun). I explain that it is Lao-tse who wrote Tao Te Ching, which provides the earliest source of Taoist theory and practices. The third example is about the quest for longevity. I describe how, other than neidan, weidan, the most important thing is the cultivation of a real mind, a consciousness capable of intuiting the nature of Tao and to be followed by virtuous behaviours. A further example is about the influence of Taoism on the Chinese culture. In the short space of four pages, the book covers the wide-ranging influence of Taoism being extended to Chinese philosophy, medicine, science, government, literature, fine arts, music and even the folk ways of life.

I hope that this book will serve as a gateway to understanding Taoism.